Two brothers, so unlike and so disconnected, live separate lives until fate forces them to face one another and resolve their differences. A MUDDY RED RIVER BY D. A. CAIRNS 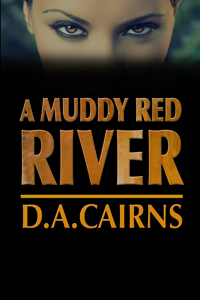 Two brothers, so unlike and so disconnected, live separate lives until fate forces them to face one another and resolve their differences.

Shane Archer is solid, dependable and reliable while his younger brother, Rob, is reckless, selfish and unpredictable. Never close during their formative years, and further divided by distance in adulthood, they live disconnected lives until the corkscrew of life pits them on a collision course. They love, they laugh, they lose and with broken hearts and messed up lives they find strength in the women they love and in their family. Could each be the agent of salvation for the other, or will they be torn apart forever? A Muddy Red River traces the course of the lives of broken people who discover power to overcome adversity.

Reviewed by Jocko Lee
4 Stars out of 5

The Muddy Red River follows a short time period of two Australian brothers as they blunder their way through life. One brother, at home in Australia, is having to deal with his love for his wife and his attraction to other women. The other brother, on vacation in Thailand, mostly loves himself but finds himself attracted to a bar girl.

They both deal with death and escape, one from the law and the other from his guilt. How they cope with their circumstances brings them back closer together.
All through the book I found myself in a hurry to get to the next chapter. At first I was more involved in the conflict between Rob and Jam than the other brother. Cairn’s practice of alternating chapters between brothers left me, at times, feeling like I was watching a captivating movie and it went to a commercial break. I rushed through the chapters dealing with Shane and Angela just to get back to see what Rob and Jam were up to.

Later in the book Shane’s situation became as compelling as Rob’s and I was hurrying to read the exploits of both. This book has made me want to read more of this writers work.